From 1991 to 1994 Klaus worked at Pfizer, Germany, where he was involved in all three, the conduct of clinical studies according to international guidelines, marketing support and regulatory advice to keep and/or obtain marketing authorisations for veterinary medicinal products (VMPs) and dietary feed.

Since 1995, Klaus is consulting the industry regarding animal health, the development of products including regulatory issues. He is the founder and managing director of KLIFOVET, which was established in 1997. KLIFOVET acts as a Veterinary Contract Research Organisation that offers the management and conduct of efficacy and safety studies in Europe and abroad, but also full product development services and regulatory affairs services. The network of partners allows global product development. Klaus has been involved in more than 200 different development projects and more than 300 efficacy studies in a broad variety of claims for dogs, cats, horses, swine, cattle, sheep, poultry, aquaculture and bees. Products involve veterinary pharmaceuticals, biologicals, feed additives, feed material/compound, ‘medical devices’ as well as phytopharmaceutics and homeopathics in different formulations.

Klaus is active in various animal health and veterinary organisations, having been president (2007-2009) and vice president (1999-2007) of the Association of Veterinary Consultants (AVC). As a member of various European and American associations, he has also served in various committees. He represents AVC as a member of the working group TIGes (vet) at EMA and its Change Control Subgroup, being involved in the development of the eSubmission guideline (VNeeS) and amendments for electronic filing.

In 1995, Klaus obtained a certificate in veterinary pharmacology and toxicology; in 2002 he was accepted by the European Organisation of Quality as ‘Quality Manager’ and ‘Auditor’. In 2004 he was accepted as an auditor for the ‘International Food Standard’. Since 2005, Klaus is a Diplomate of the European College for Veterinary Pharmacology and Toxicology. He is currently the treasurer of the ECVPT.

Scientific publications and involvement in courses for continuous education were linked to veterinary Good Clinical Practice (GCP), GVP for vets, QA, product development of animal health products, MUMS, and numerous on the efficacy of a huge variety of claims.
Speaking At
Panel Discussion: Strategic Guidance on Animal Health Regulatory Pathways 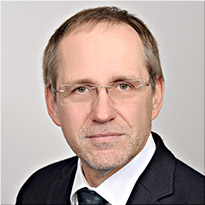