Full Name
Isabelle de Cremoux
Job Title
CEO
Company
Seventure
Speaker Bio
Isabelle is CEO and Managing Partner of Seventure Partners, one of the European leader in venture capital investor investing broadly in life sciences (Rx, Dx, medical device) with a specific focus on the human microbiome. Seventure has raised the two first fund worldwide dedicated to the microbiome, called Health for Life Capital and Health for Life Capital 2, respectively in 2014 and 2019.
She joined Seventure in 2001 to establish the Life Sciences division and became CEO in 2011. Isabelle still personally supervises the Life Sciences business and personally invests in French, Scandinavian and North American biotech, nutrition, healthcare, personalized medicine and foodtech. Isabelle has a particular interest in the microbiome field where she holds a worldwide expert reputation and she frequently gives lectures at conferences in this domain.
Isabelle’s investment experiences include Santaris (sold to Roche for $450 million in August 2014), ArgenX (now listed), OPI (sold to Eusa for € 110 million), Bioalliance (now listed), Pixium vision (now listed), Biophytis (now listed), Metabolic Explorer (now listed), Cambrooke (sold to Ajinomoto). She is currently responsible for Enterome Biosciences, Maat Pharma, LIMM, Targedys, LNC (where she currently holds mandates) as well as for Vedanta etc.
Isabelle is one of the 6 members of the French “Conseil de l’innovation” (French Innovation Committee) which give strategic direction to French ministry of Education and Research and Ministry of Finance since its establishment in 2018. Isabelle is non executive chairman of the Investment dedicated branch of French AFG professional association.
Formerly, Isabelle began her career in 1991 with Arthur Andersen in Detroit, USA. She then moved to PFIZER France and PFIZER Europe where she held various positions for six years within management, clinical research and business development. In 1998, Isabelle joined Laboratoire Fournier / ABBOTT as Deputy Director of Business Development, in charge of product and technology licensing and acquisitions. She negotiated and signed several deals in Europe and in the US. She has been independent non-executive Director at a frozen meals company (Euro100m turnover) from 2011 to 2018 and independent non-executive Director at NATUREX from 2015 to 2018 prior to the acquisition by GIVAUDAN.
Isabelle has a degree in Engineering from Ecole Centrale Paris in France, holds DECF and ISEB degrees and brings more than 25 years of international business development and investment experience in the pharmaceutical, food and nutrition industry to the team.
Speaking At
KEYNOTE: Presentation: Gut Instincts: The Steps a Microbiome Company Needs to Take to Guarantee VC Funding 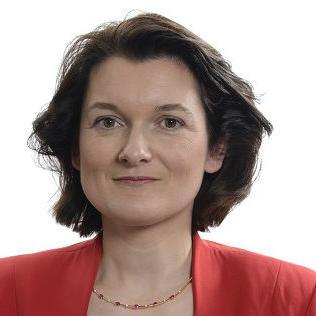